Lucia Brown Berlin (November 12, 1936 – November 12, 2004) was an American short story writer. She had a small, devoted following, but did not reach a mass audience during her lifetime. She rose to sudden literary fame eleven years after her death, in August 2015, with Farrar, Straus and Giroux's publication of a volume of selected stories, A Manual for Cleaning Women, edited by Stephen Emerson. It hit The New York Times bestseller list in its second week, and within a few weeks, had outsold all her previous books combined. The collection was ineligible for most of the year-end awards (either because she was deceased, or it was recollected material), but was named to a large number of year-end lists, including the New York Times Book Review's "10 Best Books of 2015." It was also a finalist for the Kirkus Prize. 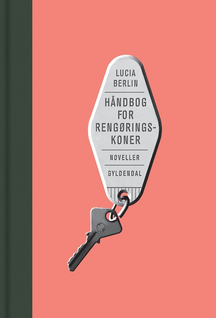