Morten Luther Gudmund Korch (1876–1954) was a Danish writer who wrote populist stories and romances about rural Denmark. During his lifetime, he was the most widely read author in Denmark. Korch wrote 123 novels, several of which were made into popular films. In 1937, Korch was awarded a Danish knighthood in the Order of Dannebrog. He is listed in the book of The 20th century's 100 most important people in Denmark. 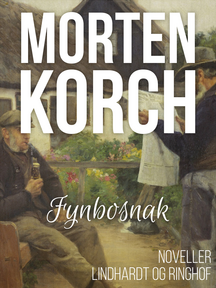