Anders Bodelsen (born 1937) is a prolific Danish writer primarily associated with the 1960 new-realism wave in Danish literature, along with Christian Kampmann and Henrik Stangerup. Bodelsen prefers the social-realistic style of writing, often thrillers about middle-class people who face the consequences of materialism, which often clashes with their human values. His thrillers also experiment with ordinary persons tempted by e.g. theft and border-morale issues.

Most famous is his ingenious novel Think of a Number (Tænk på et tal, 1968) filmed as The Silent Partner in 1978. Also widely known is his cooperation with Danish National Television (Danmarks Radio) on the filming of some of his children's thrillers, e.g. Guldregn ("Golden Shower", 1986).

Furthermore, he has also made some lesser known radio plays. 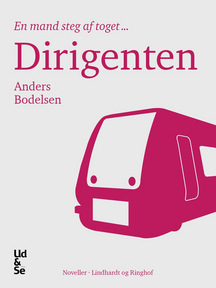