Jan Oskar Sverre Lucien Henri Guillou (Swedish pronunciation: [¹jɑːn ɡɪ¹juː], French: [ɡiju]; born 17 January 1944) is a French-Swedish author and journalist. Among his books are a series of spy fiction novels about a spy named Carl Hamilton, and a trilogy(+) of historical fiction novels about a Knight Templar, Arn Magnusson. He is the owner of one of the largest publishing companies in Sweden, Piratförlaget (Pirate Publishing), together with his wife, publisher Ann-Marie Skarp, and Liza Marklund.

Guillou's fame in Sweden was established during his time as an investigative journalist. In 1973, he and co-reporter Peter Bratt exposed a secret intelligence organization in Sweden, Informationsbyrån (IB). He is still active within journalism as a column writer for the Swedish evening tabloid Aftonbladet.

In October 2009, the tabloid Expressen accused Guillou of having been active as an agent of the Soviet spy organization KGB between 1967 and 1972. Guillou confirmed he had a series of contacts with KGB representatives during this period, he also confirms having received payments from KGB, but maintains that his purpose was to collect information for his journalistic work. The accusation was based on documents released from the Swedish Security Service (Säpo) and interviews with former KGB Colonel Oleg Gordievsky. In a later trial, Expressen denied having accused Guillou of having been a Soviet spy, claiming that this was a false interpretation of its headlines and reporting. 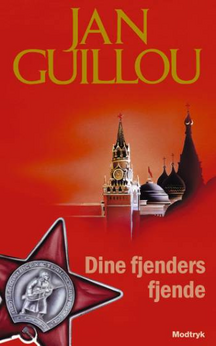