Diane Gaston is an American author of Regency romance novels. She has also written under the pen name Diane Perkins.

Gaston won the Romance Writers of America RITA Award in 2006 for Best Regency Romance for her novel A Reputable Rake. She has been nominated twice for Romantic Times Reviewers' Choice Awards, once for each of the novels written as Diane Perkins. Gaston won the 2016 Virginia Romance Writers Holt Medallion award for Best Historical and for Best Book by Virginia Author for Bound by Duty. 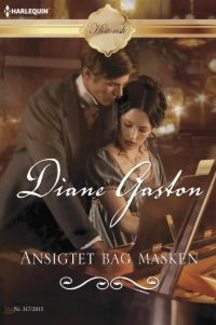