Dennis Jürgensen (born 3 February 1961) is one of the most popular Danish writers for kids and young adults. A study among Danish kids from 11 to 18 years showed that 90% knew who he was and his fan club has almost 1000 members. In Denmark, a country of only about five and a half million inhabitants, that is a very significant size for a fanclub.

Jürgensen is mostly a writer for the youth but as he has said himself some of his books should be considered to be for adults. He has written in almost any genre but his most preferred genres are fantasy, science fiction and horror or a combination of those three. But he has also written crime-books, books about love and realistic novels.

He grew up in Brønshøj near Copenhagen (today he's living in Rødovre), he was doing okay in school with the exception being Danish. He drifted around after taking his exam in 1978 and tried unsuccessfully to send manuscripts to various publishers. But during the summer of 1981 Kristian Tellerup from the publishing company Tellerup answered to one of his scripts, Love at First Hiccup, a youth-novel about love and of course a lot humor. It was published the same autumn and was an enormous success and has since been reprinted 20 times. It was later put to the screen in 1999 and became a big success in Denmark. Since then he has written more than 50 novels and made three feature films, for example an adaptation of his Kærlighed ved første hik, starring Robert Hansen and Sofie Lassen-Kahlke.

Dennis Jürgensen is quite shy of the media and doesn't often appear on TV, radio etc. However, on 22 August 2014 he was guest on the radio programme Syvkabalen on national radio Radio24Syv, where he openly elaborated on his work as an author and motivations. 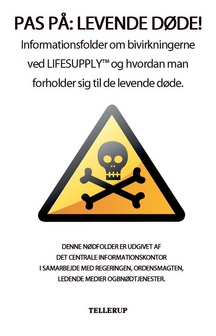