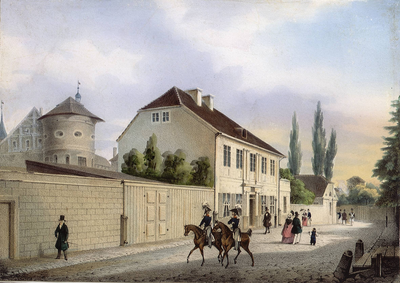 Immanuel Kant (UK: , US: ; German: [ɪˈmaːnu̯eːl ˈkant, -nu̯ɛl -]; 22 April 1724 – 12 February 1804) was an influential Prussian German philosopher in the Age of Enlightenment. In his doctrine of transcendental idealism, he argued that space, time, and causation are mere sensibilities; "things-in-themselves" exist, but their nature is unknowable. In his view, the mind shapes and structures experience, with all human experience sharing certain structural features. He drew a parallel to the Copernican revolution in his proposition that worldly objects can be intuited a priori ('beforehand'), and that intuition is therefore independent from objective reality. Kant believed that reason is the source of morality, and that aesthetics arise from a faculty of disinterested judgment. Kant's views continue to have a major influence on contemporary philosophy, especially the fields of epistemology, ethics, political theory, and post-modern aesthetics.

In one of Kant's major works, the Critique of Pure Reason (1781), he attempted to explain the relationship between reason and human experience and to move beyond the failures of traditional philosophy and metaphysics. Kant wanted to put an end to an era of futile and speculative theories of human experience, while resisting the skepticism of thinkers such as David Hume. Kant regarded himself as showing the way past the impasse between rationalists and empiricists, and is widely held to have synthesized both traditions in his thought.

Kant was an exponent of the idea that perpetual peace could be secured through universal democracy and international cooperation. He believed that this would be the eventual outcome of universal history, although it is not rationally planned. The nature of Kant's religious ideas continues to be the subject of philosophical dispute, with viewpoints ranging from the impression that he was an initial advocate of atheism who at some point developed an ontological argument for God, to more critical treatments epitomized by Nietzsche, who claimed that Kant had "theologian blood" and was merely a sophisticated apologist for traditional Christian faith.

Kant published other important works on ethics, religion, law, aesthetics, astronomy, and history. These include the Universal Natural History (1755), the Critique of Practical Reason (1788), the Metaphysics of Morals (1797), and the Critique of Judgment (1790), which looks at aesthetics and teleology. 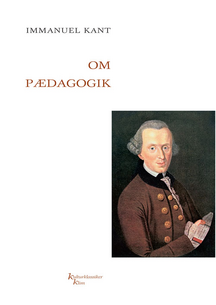