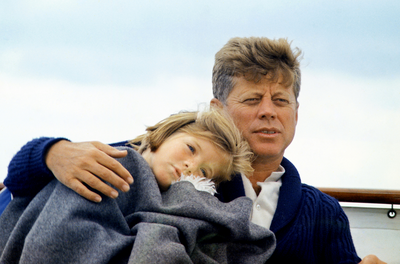 Caroline Bouvier Kennedy (born November 27, 1957) is an American author, attorney, and diplomat who served as the United States Ambassador to Japan from 2013 to 2017. She is a prominent member of the Kennedy family and the only surviving child of President John F. Kennedy and First Lady Jacqueline Bouvier Kennedy.

Kennedy was five days shy of her sixth birthday when her father was assassinated on November 22, 1963. The following year, Caroline, her mother, and brother John F. Kennedy Jr. settled on the Upper East Side of Manhattan, where she attended school. Kennedy graduated from Radcliffe College and worked at Manhattan's Metropolitan Museum of Art, where she met her future husband, exhibit designer Edwin Schlossberg. She went on to receive a J.D. degree from Columbia Law School. Most of Kennedy's professional life has spanned law and politics, as well as education reform and charitable work. She has also acted as a spokesperson for her family's legacy and co-authored two books with Ellen Aldermanon on civil liberties.

Early in the primary race for the 2008 presidential election, Kennedy and her uncle Ted endorsed Democratic candidate Barack Obama; she later stumped for him in Florida, Indiana, and Ohio, served as co-chair of his Vice Presidential Search Committee, and addressed the 2008 Democratic National Convention in Denver. 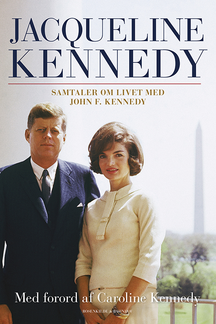