Hanne-Vibeke Holst (born 21 February 1959 in Hjørring, Denmark) is an author. She has an education as a journalist and has worked on the Danish newspapers Berlingske Tidende and Søndags B.T.

She is the daughter of authors Knud Holst Andersen and Kirsten Johanne Høybye. She was married in 1984. Today, she acts as a Goodwill Ambassador to the UNFPA and is a personal appointed member of the Danish UNESCO National Commission.

Her books are mainly about modern women facing both new options and old problems, and have been translated to several languages, including German, Dutch, and Swedish.

In 2003 she was awarded the Søren Gyldendal Prize. In 2008 she won the Danish booksellers annual prize De Gyldne Laurbær (The Golden Laurel). 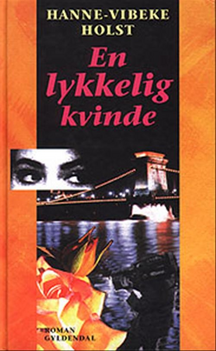