Kurt Aust is a pseudonym for Kurt Østergaard (born 6 December 1955 in Ikast, Denmark), an author and freelance writer.

Østergaard trained as a teacher. He has been living in Horten in Norway since 1982.

Østergaard debuted using the name Aust as a novelist in 1999. Prior to this, he had written the script for a historically based cartoon on the slave ship Fredensborg.

He has written several historical crime novels based on Denmark–Norway around the beginning of 18th century. Main characters in these novels are Professor Thomas af Boueberg of Copenhagen University and his Dr. Watson equivalent, the considerably less brilliant Norwegian Petter Hortten.

Kurt Østergaard is married to the artist Kin Wessel (Ann-Carin Wessel). She has co-illustrated the cartoon about Fredensborg and the children’s book Kasper & Måns. Den store kaosdagen. 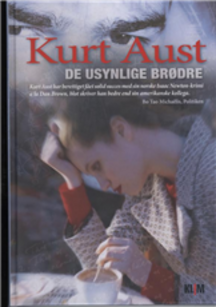