Villy Sørensen (13 January 1929 – 16 December 2001) was a Danish short-story writer, philosopher and literary critic of the Modernist tradition. His fiction was heavily influenced by his philosophical ideas, and he has been compared to Franz Kafka in this regard. He was the most influential and important Danish philosopher since Søren Kierkegaard. 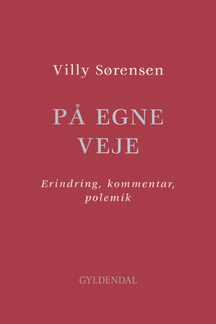